Weddings are in fashion again!

Here at Combermere Abbey’s weddings office, we just love facts and figures, and a new and up-to-date compendium of statistics about marriage and weddings in the UK has just landed – so we’re wasting no time in sharing them with you.

Firstly, marriage is getting more and more popular. It dipped a few years ago, but the latest figure is up by more than 5%. There were 301,254 weddings annually at the last count – up from around 270,000 six years ago. Historically, the year with by far the highest number of marriages was 1940, when well over half a million couples tied the knot before the husband went off to war.

There were almost 32,000 weddings in Greater London, but relative to the size of the population that wasn’t in fact very many. On a proportional basis the local authority area where marriage is most popular is Dumfries and Galloway in southern Scotland. Yes really. Argyll and Bute, slightly further north, came next. Our region, Cheshire East, was pretty high up, coming in at fourteenth.

Within the larger regions, Scotland topped the table, followed by the West Country. Despite the popularity of marriage round here, the region where there were fewest weddings was the North West of England.

All of 55% of weddings took place on a Saturday, with Friday next on 20%. Tuesday and Wednesday tied on 4% each as the least popular days (so click here to see our great midweek marriage offer for next year). August was the most popular month, with January the least favourite. On average the groom was 33.3 years old, and the bride 30.9. In all, 67% of weddings were civil ceremonies, 21% Church of England, 7% Roman Catholic, and 5% other faiths.

Curiously, one thing that isn’t mentioned in the statistics is how very popular Combermere Abbey is with brides and grooms-to-be (and their guests), nor how beautifully romantic a wedding at the Abbey is – nor indeed how very hard our weddings staff work to make sure that you have the perfect day. Perhaps the figures are just off the scale! Click here to go to the weddings section of our wedding and read all about it.

Another wonderful wedding at Combermere Abbey! 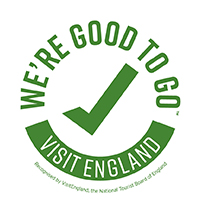