We had the Champagne on ice – and fingers crossed – but now the corks have been popped! We could hardly be more delighted; the North Wing of Combermere Abbey has won another hugely prestigious national award – the 2017 Hudson’s Heritage award for Best Place to Stay in the UK. Penelope, Viscountess Cobham, CBE, chairman of VisitEngland, presented the awards at Goldsmiths Hall in London. Established in 2011, the awards are an independently-judged annual national scheme open to historic houses, gardens, museums and heritage sites and celebrate the very best visitor experiences.

And in their great wisdom they have decided that this year the newly-restored North Wing at Combermere Abbey is the unmissable location.

The August panel of judges included the well-known architectural historians Lucinda Lambton, Helen Rosslyn, and Jeremy Musson. The Chairman of the judges was Norman Hudson OBE, publisher of Hudson’s guides.

The foundations of the North Wing date back to the first half of the Twelfth century, although what you see today is a Gothic House which hides a Tudor manor house built on the remains of the Cistercian Monastery established in 1133. It took many years to raise the £2 million needed to embark on a full restoration, but that was achieved at last, and the work was finished last year with interiors designed by well-known decorating doyenne Nina Campbell. Now the Wing offers very luxurious bed and breakfast accommodation with a twist – your very own house manager to look after you.

So you have an open invitation to come and stay – why not treat yourself and enjoy the history and luxury here at the Abbey? Click here to read all about the North Wing, and to check availability for a single night or short stays. Thank you, Hudson’s, very much indeed; we are thrilled that the long and painstaking restoration has been recognised and honoured. Now, where are the champagne flutes? 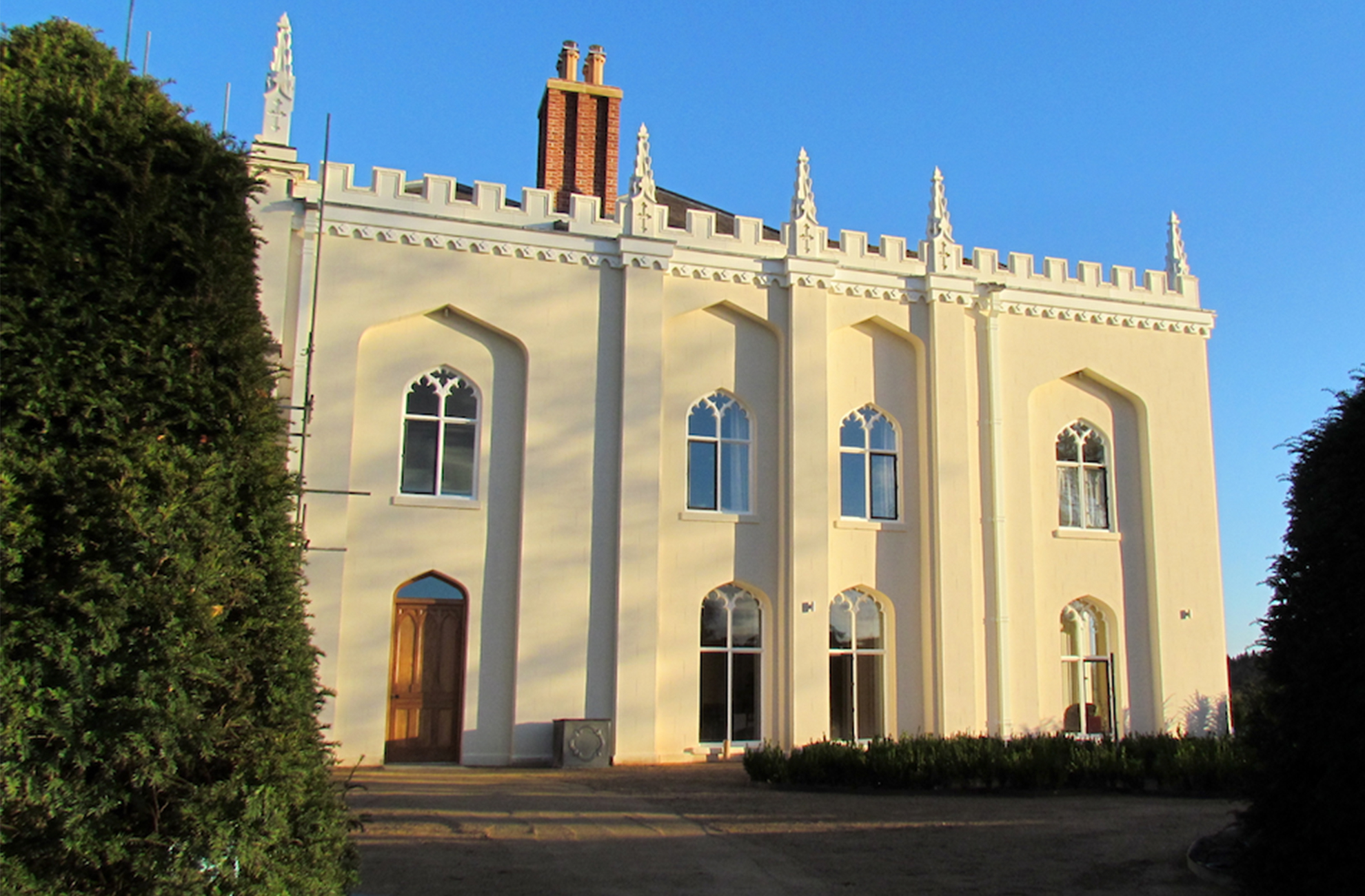 Get in touch with us today to talk about your stay at Combermere Abbey.

Weddings are in fashion again!

Romantic minimoon destinations in the UK